You are here: Home / Animals in Need / The Last Lynx

The lynx and I have a number of things in common. We share an ancestor, the noble African Wild Cat and, at a pinch, we could change places. Put more simply, we’re both cats to start with. 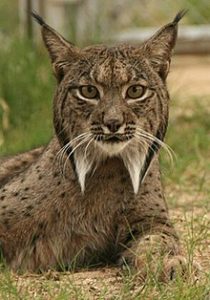 Take a look at that lynx. He’s a handsome cat, and his photo clearly shows his striking looks and the four sets of whiskers – two groups on the ears and two on the chin, just like me.

The facial fur is particularly striking – almost like a beard.

My life, however, is a pampered one, while he is literally on his last legs.

We like the same food but I don’t have to hunt for mine, it’s delivered to me at set times each day. The main source of food for the lynx are Spanish wild rabbits and these animals, ironically, are also facing extinction.

Competition for Food is Fierce

The Iberian Lynx already faces problems from a decline in prey as Myxomatosis rapidly kills off the wild rabbits.

The lynx now competes for prey with the meloncillo (a mongoose), the red fox and the wildcat.

The lynx is hunted too – he’s often seen as a pest and there are always people who just can’t resist fur boots! The worst danger, however, is urban development.

This could be the last lynx you’ll ever see

Soon to be the Missing Lynx

The Iberian Lynx, the most endangered of the world’s 36 cats, stands on the edge of extinction.

The latest studies, based on DNA analysis, make depressing reading.Despite decades of protection, millions of pesetas and euros, hundreds of studies, and the work of some of Europe’s best conservationists and zoologists, just over one hundred viable lynx adults remain in the wild

Whoever and whatever is to blame, the lynx’s imminent disappearance will be the first extinction of a world feline, discounting sub-species of tigers and lions, since the saber-toothed tiger some 10,000 years ago.

Why should anyone care about species that are being lost on the planet?

It’s not just compassion for these creatures, like the Iberian lynx, that make it imperative to fight extinction, their loss is more than tragic it will be dangerous to the ecosystem.

All creatures are part of an ecosystem. All animals thrive on each other, whether they are predator or prey. The next extinction can be the one to tip the scales – to ruin biodiversity. 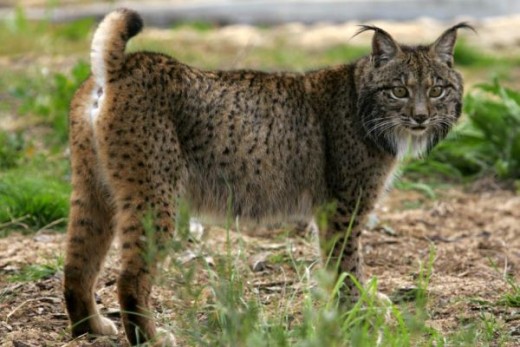 When Mittens the Tuxedo … END_OF_DOCUMENT_TOKEN_TO_BE_REPLACED